The Minuteman Missile was named after the Revolutionary War soldier who could be ready to fire a shot in under a minute, and was the first U.S. Air Force missile that could be launched at the touch of a button. It was an extraordinary technical achievement that acted as the main nuclear deterrent during the Cold War. At the time, the Minuteman was the focal point of the American nuclear arsenal and carried up to 3 nuclear warheads. However they had limited accuracy so could only be used against the largest targets such as cities. This 8 x 10” photograph shows an early Minuteman Missile launch sequence at Cape Canaveral Missile Test Annex shortly before they became operational in late 1962. These early tests produced the characteristic “smoke ring” that became a Minuteman trademark. 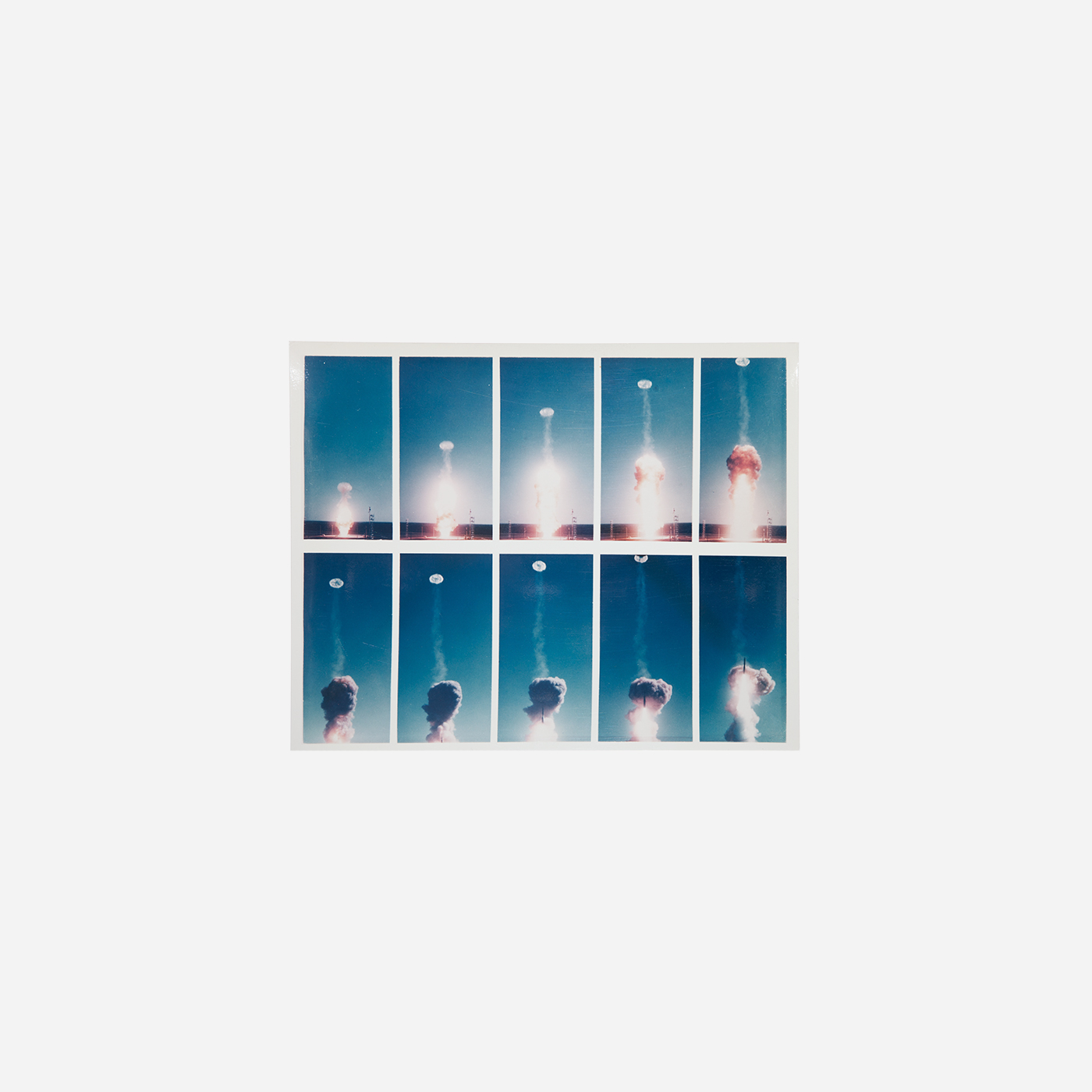 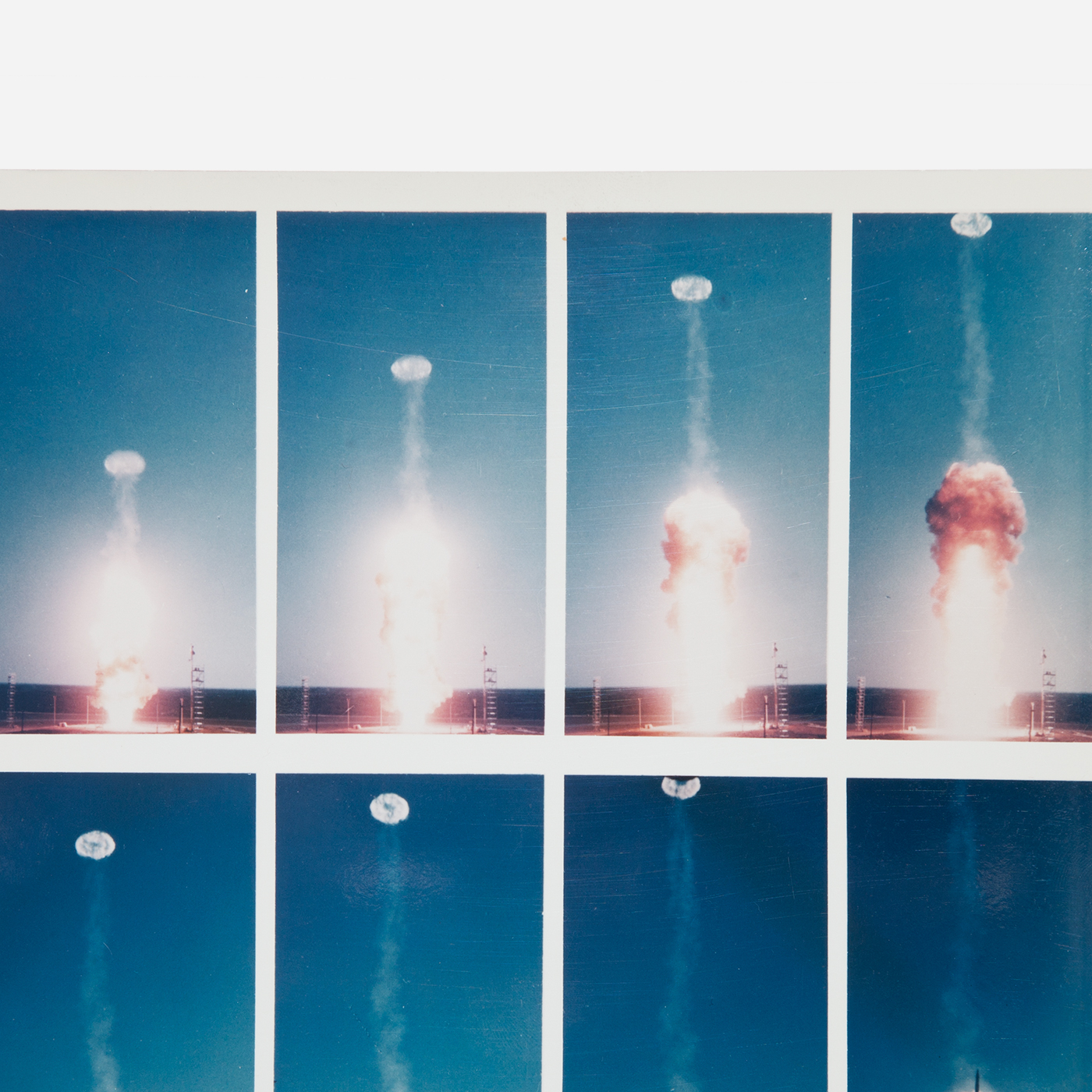 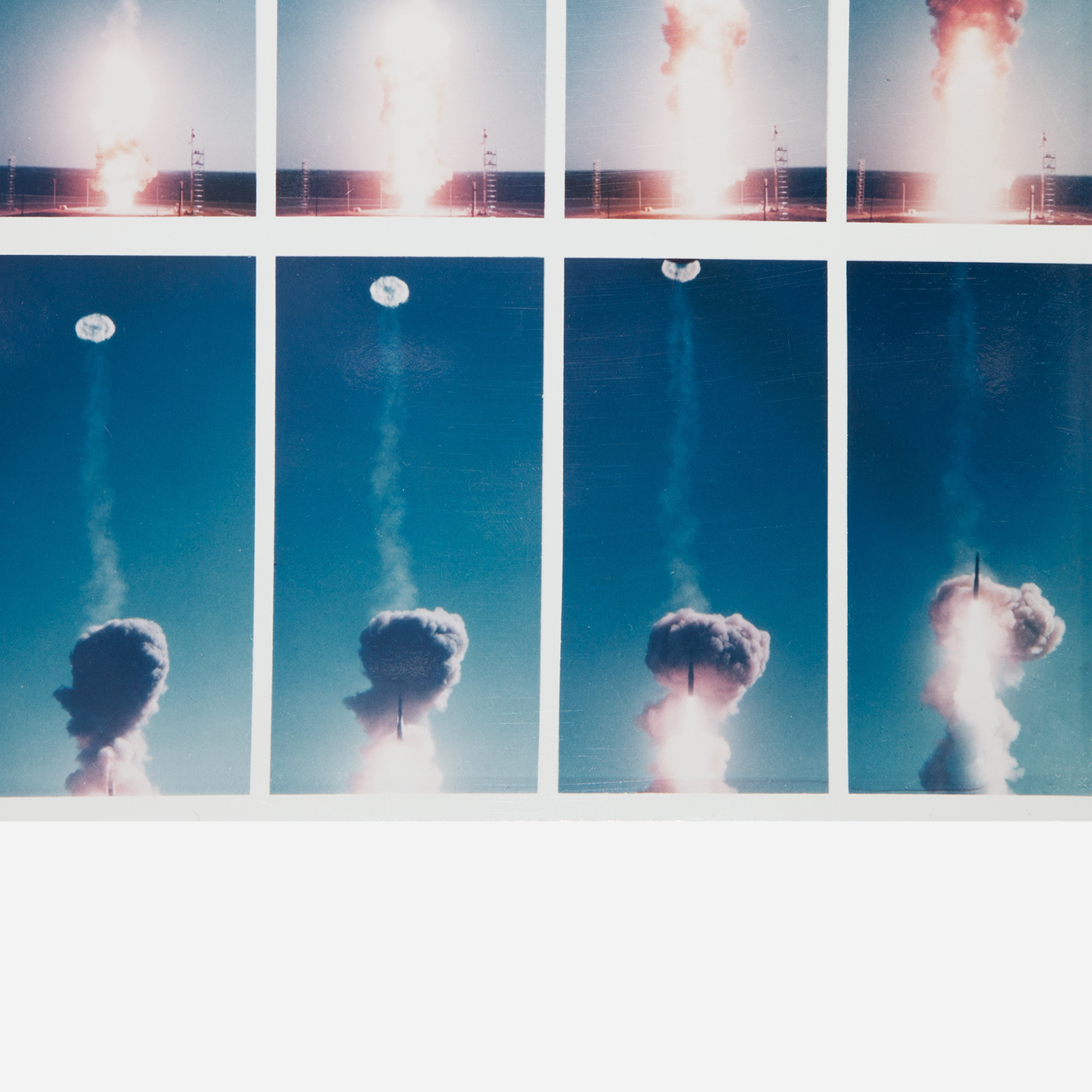 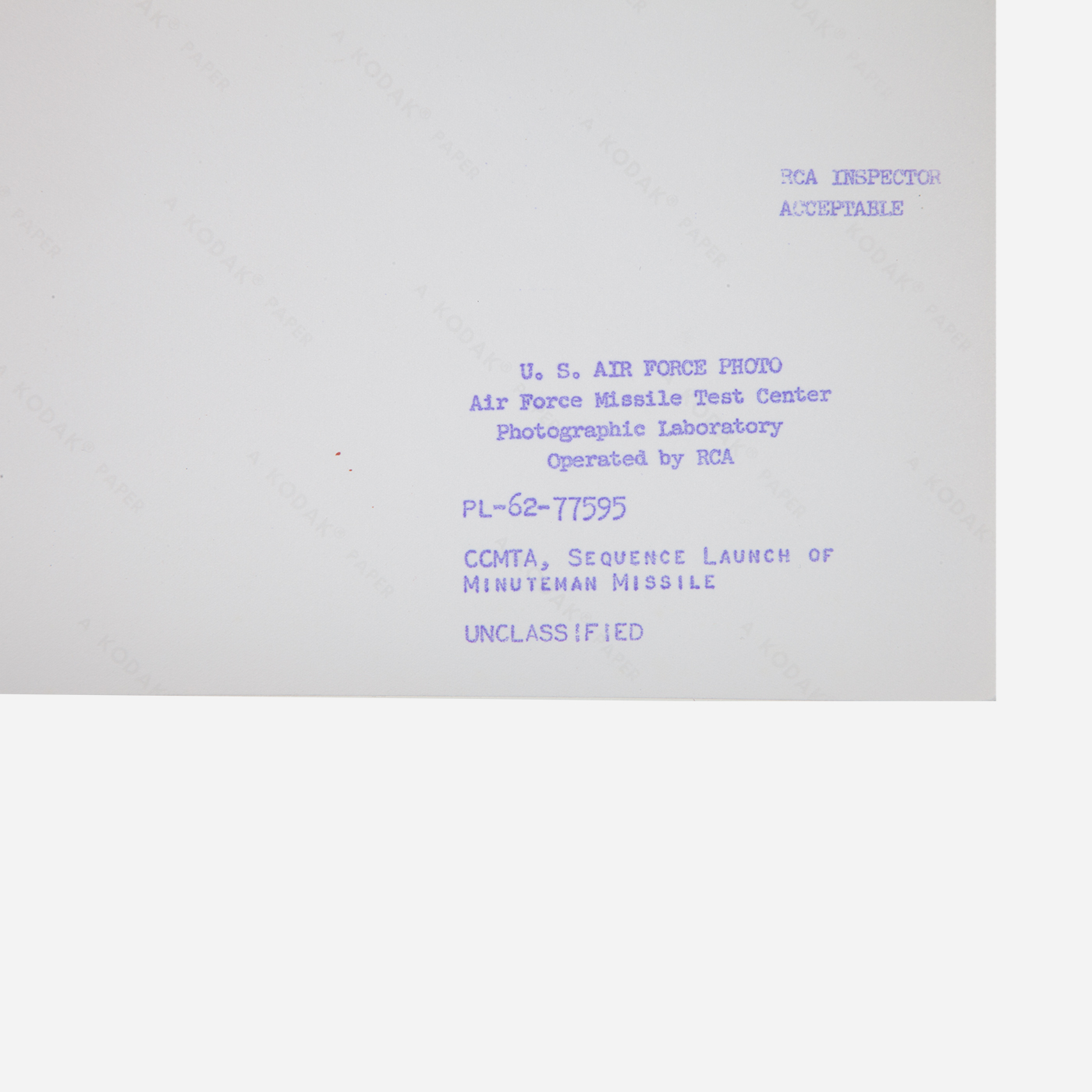