According to Ray Kurzweil, robots will have the last laugh. Which makes sense when you consider that they're on pace to surpass human intelligence by 2029. Until that fateful moment, mask your fleeting dominance with this handsome, battery-operated robot made in the 1970’s by Yonezawa, a once-popular Japanese toy robot company. Press the button on its head to hear echoes of your ultimate demise in the form of a super creepy laughing sound. Watch out, it moves and spins as well. Original box included. 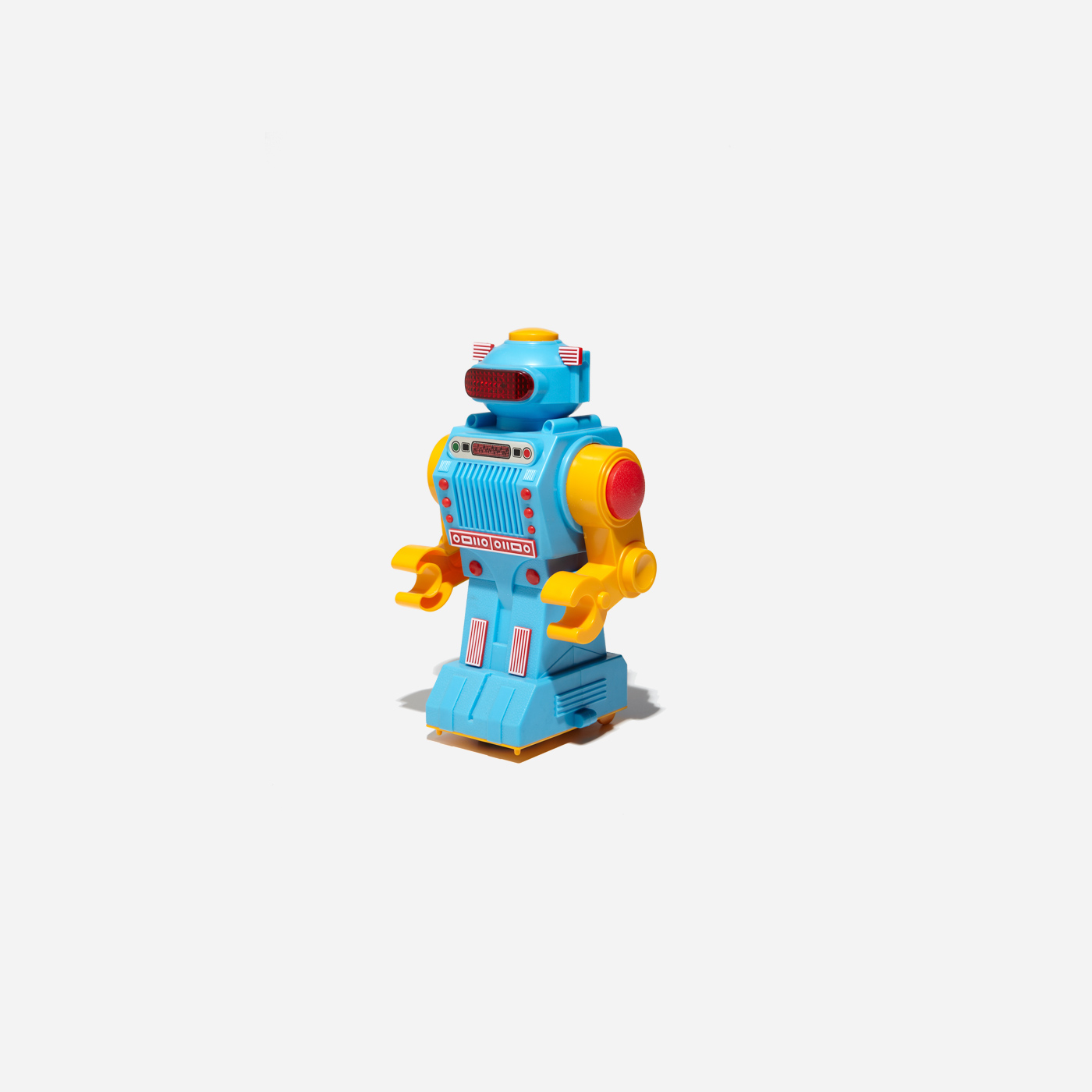 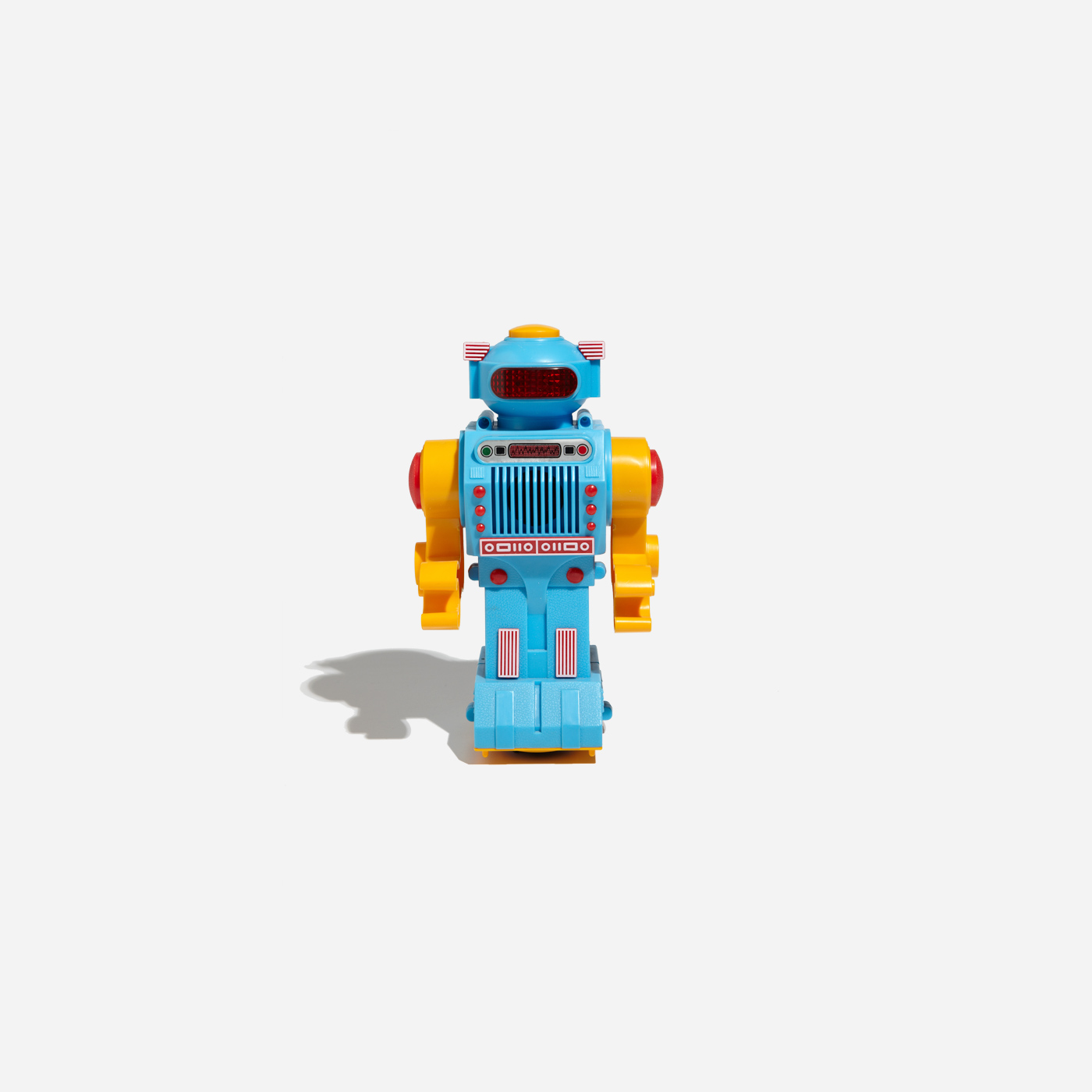 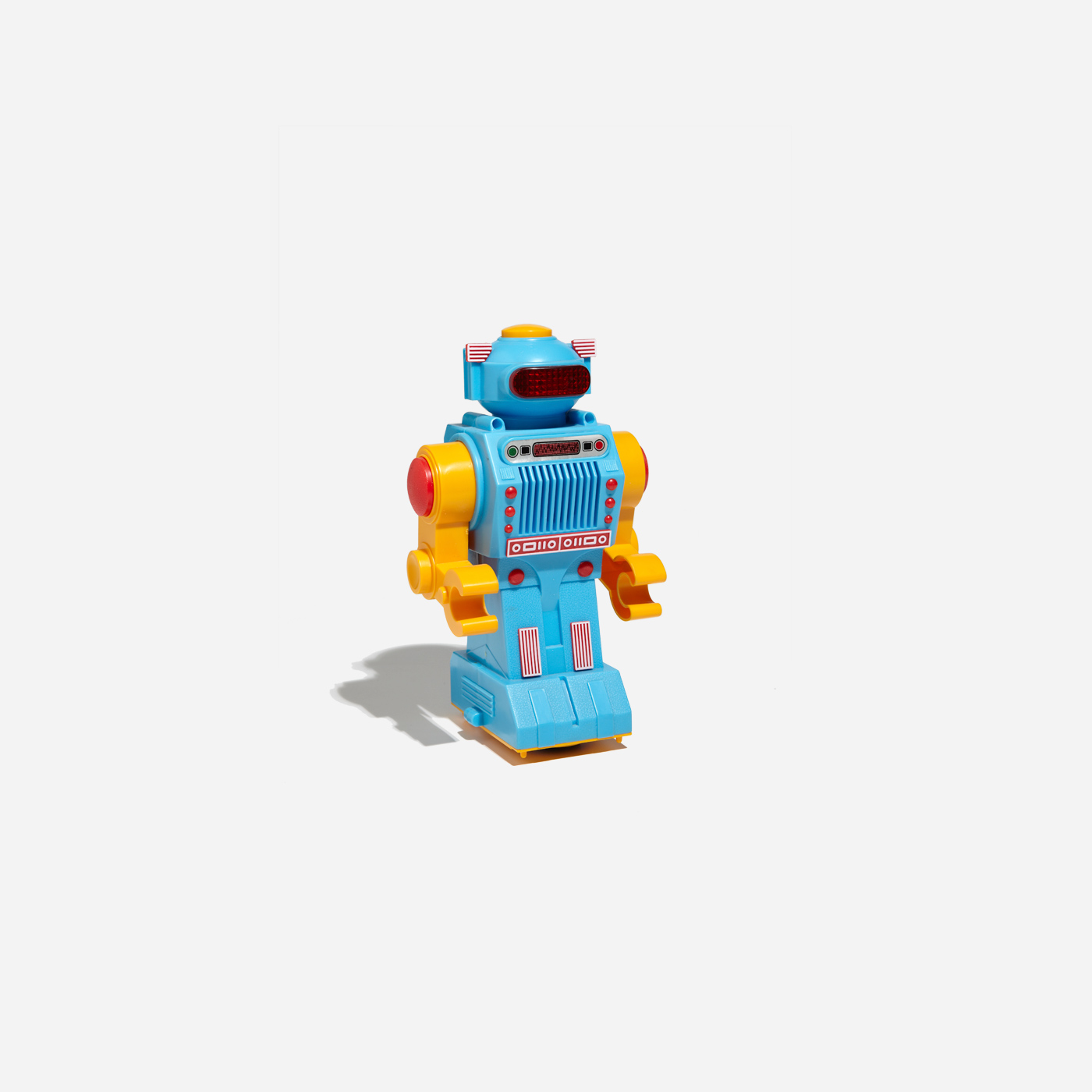 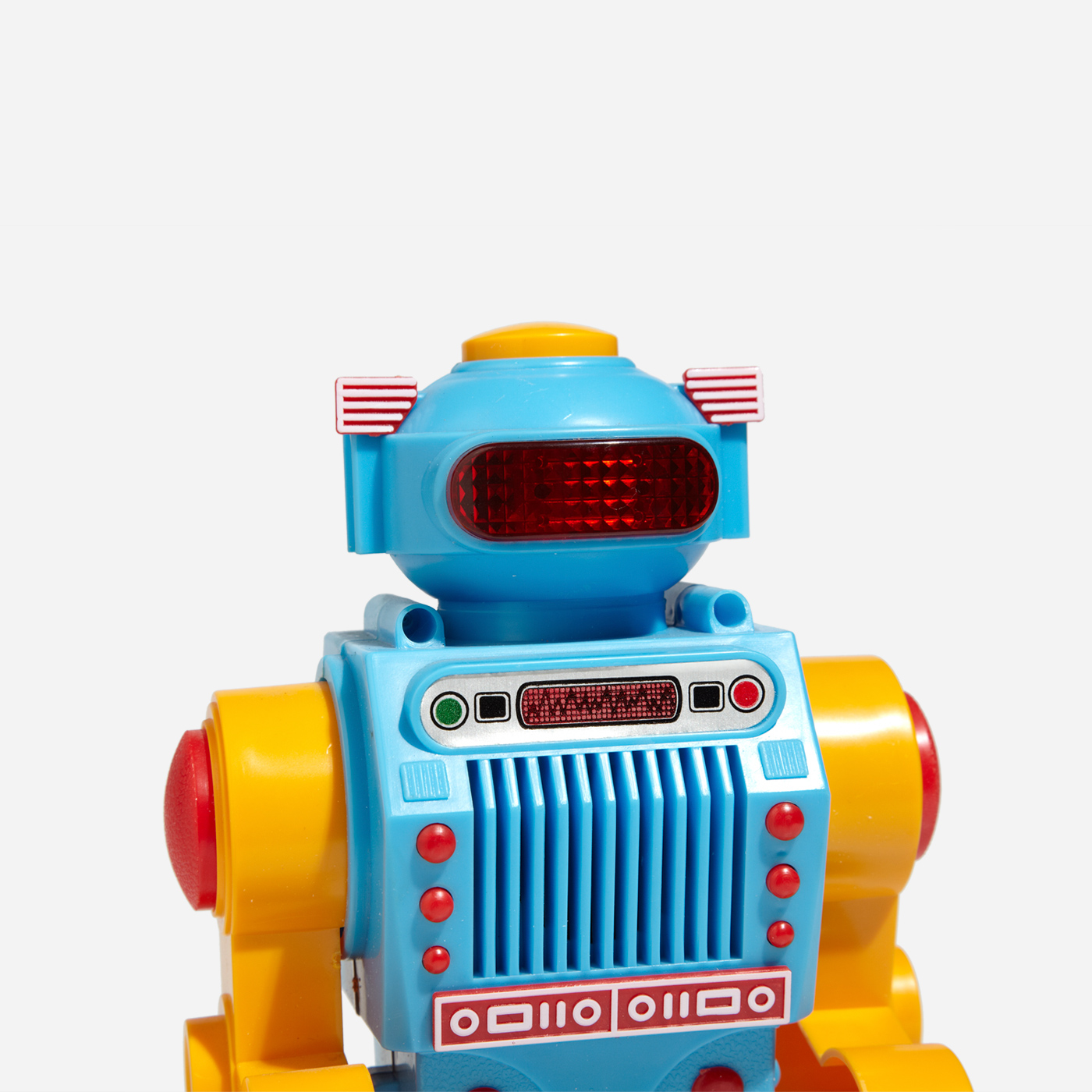 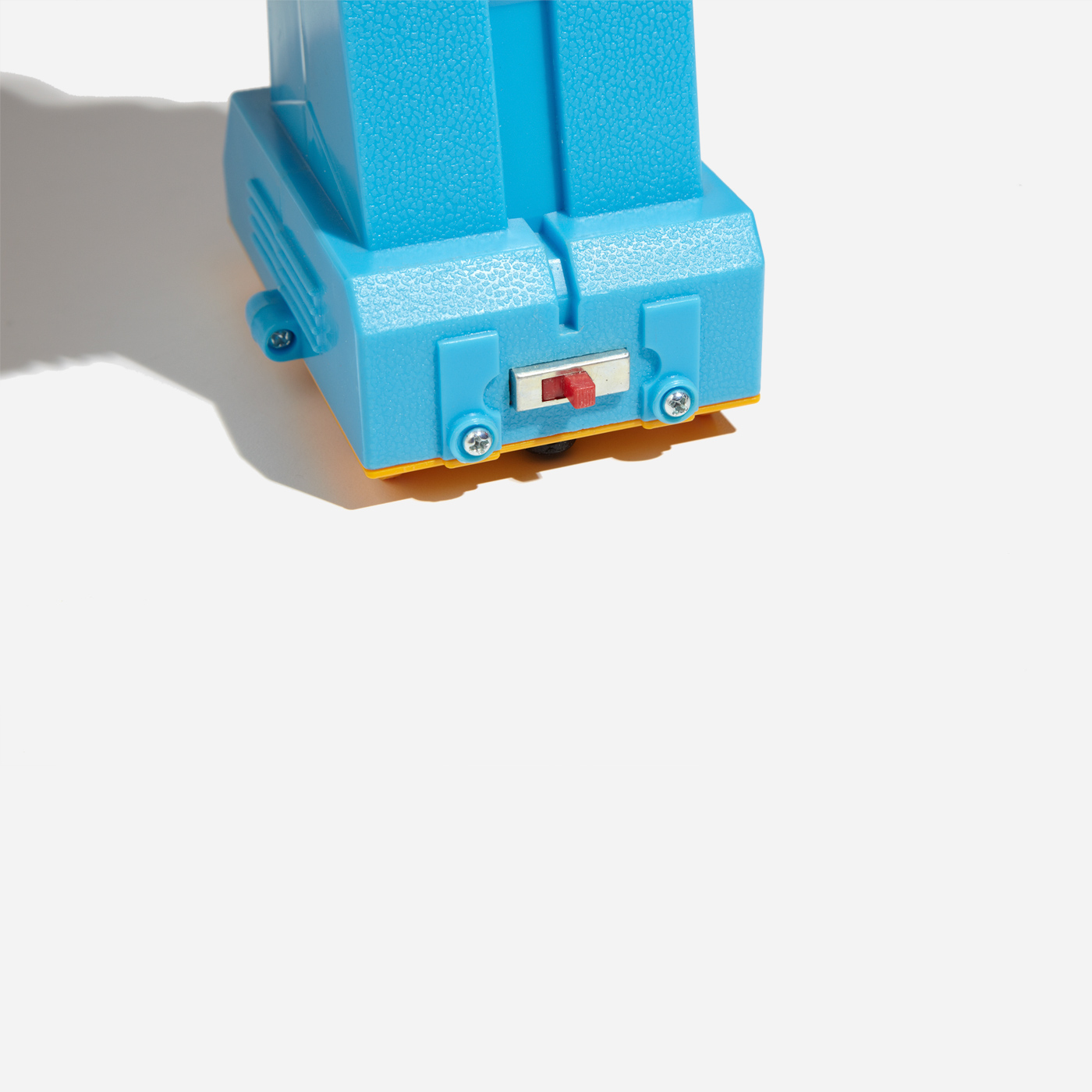 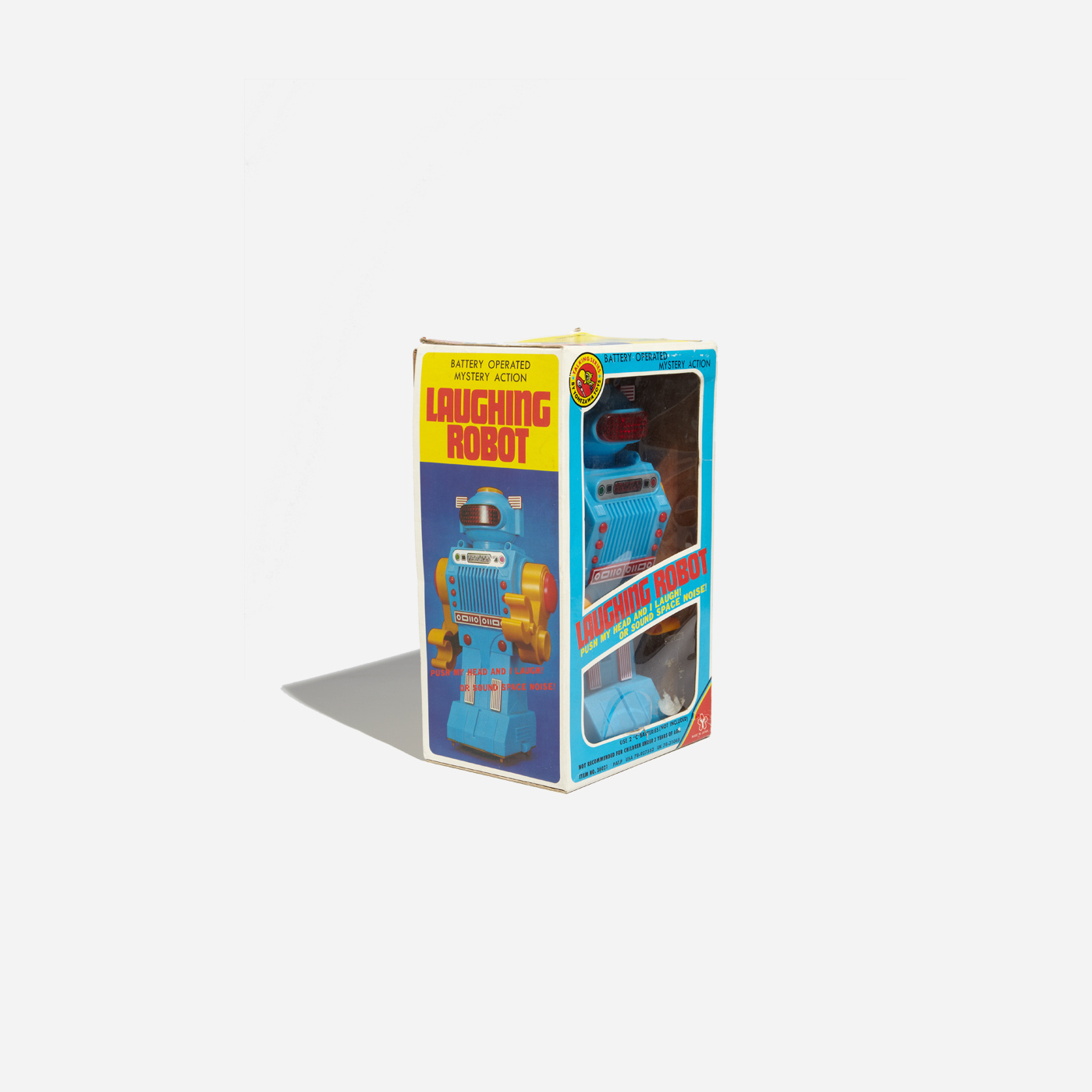